In 2019, COBOL celebrates its 60th. birthday, and as part of the celebrations, INTERON, together with Veryant, launched the "We are 60" campaign, which celebrates the innovation, evolution and experience of this programming language that fulfills its mission every day.

Celebrating 60 years in a market where so many new technologies are born as easily as they become extinct, confirms the evolutionary power of COBOL, its competence in its purpose and its brilliant journey into the future!

The new isCOBOL 2019 R2 version released in September 2019 is a commemorative version of the 60th anniversary of COBOL, which offers incredible new features and technologies for language and developers. And as every birthday requires a party, in October 2019, Veryant will hold a meeting in Italy, with new generations and people dedicated to the future of COBOL. 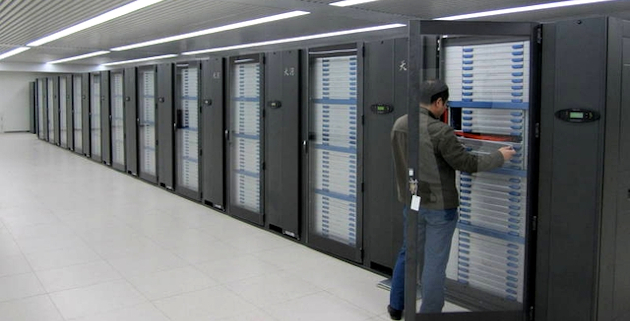 Considered one of the most widely used languages today, COBOL was created by a committee of researchers from various civil and governmental institutions in 1959. The specifications were largely inspired by the FLOW-MATIC programming language, invented by Grace Hopper, referred to as "the mother of the COBOL language."

It is imperative, procedural and, since 2002, object-oriented. COBOL is primarily used in business, finance, and administrative systems for companies and governments. COBOL is still widely used in legacy applications deployed on mainframe computers, such as large-scale batch and transaction processing jobs.

Grace Hopper is considered the mother of computer programming. Created the common Business Oriented language (COBOL), the first complex computer language, which is used today by companies from all over the world. This extraordinary American woman obtained a doctorate in mathematics from Yale in 1934 and, when the U.S. entered World War II, she resigned to her work as a mathematics teacher and joined the Navy, where he reached the patent of Rear Admiral

The Navy sent her to Harvard University, where she worked as a programmer for the first large-capacity computer, the Mark I. After the war, she produced the first compiler for data processing that used English instructions; without knowing it, Hopper was paving the way to make coding easier. But first, she would need to convince her peers that those machines used until then to calculate could understand and compile data, using a language closer to human.

She was also known to have baptized the first computer bug in history. A moth was trapped in a computer relay Mark II, and it was she who called the act of removing the insect as “debugging” (which became “debuguear” in Portuguese and Spanish). In 1986 she retired definitively from the Navy, being at that moment its elder officer. She then continued giving lectures, acted as a consultant and participated in educational programs up to 1992, when she died at 85 years old.

She was the second woman honored with her name in a ship, the USS Hopper, a destroyer still active.

The motto of the ship is "Aude et effice" (Dare to create).