Empower your WOW application with Java

isCOBOL IDE can import existing RM/COBOL WOW projects and provides screen designers and code editors to ease maintenance and development. When imported in the IDE, developers have access to Eclipse's advanced editor and tools.

All of COBOL-WOW GUI widgets are supported and written in Java for 100% portability across environments, with an updated and modern look.
Once your code is in the isCOBOL Evolve environment, the possibilities are endless, from object-oriented COBOL programming, to the Java ecosystem and the close-to-infinite number of libraries and toolkits to tackle every conceivable task, to the deployment with Veryant's Application Server and Thin Client or Web Client technologies.

Developers that are familiar with COBOL-WOW will feel right at home, as the code the isCOBOL IDE generates is the same as the COBOL-WOW's. When debugging programs, developers will step through the same code as before, making the transition painless. isCOBOL generated code matches one-by-one COBOL-WOW's

COBOL-WOW GUI and isCOBOL GUI can be used together, as long as they are handled by separate programs, allowing greater flexibility, and most of the WOW library routines to manage GUI widgets are provided by the isCOBOL Runtime. Developers can choose to implement new requirements using WOW programming or using the SCREEN SECTION approach.

COBOL-WOW programs converted to isCOBOL can also run in Thin client or Web client mode in an Application Server environment, allowing you to leverage all of Veryant's solutions and platform independence. 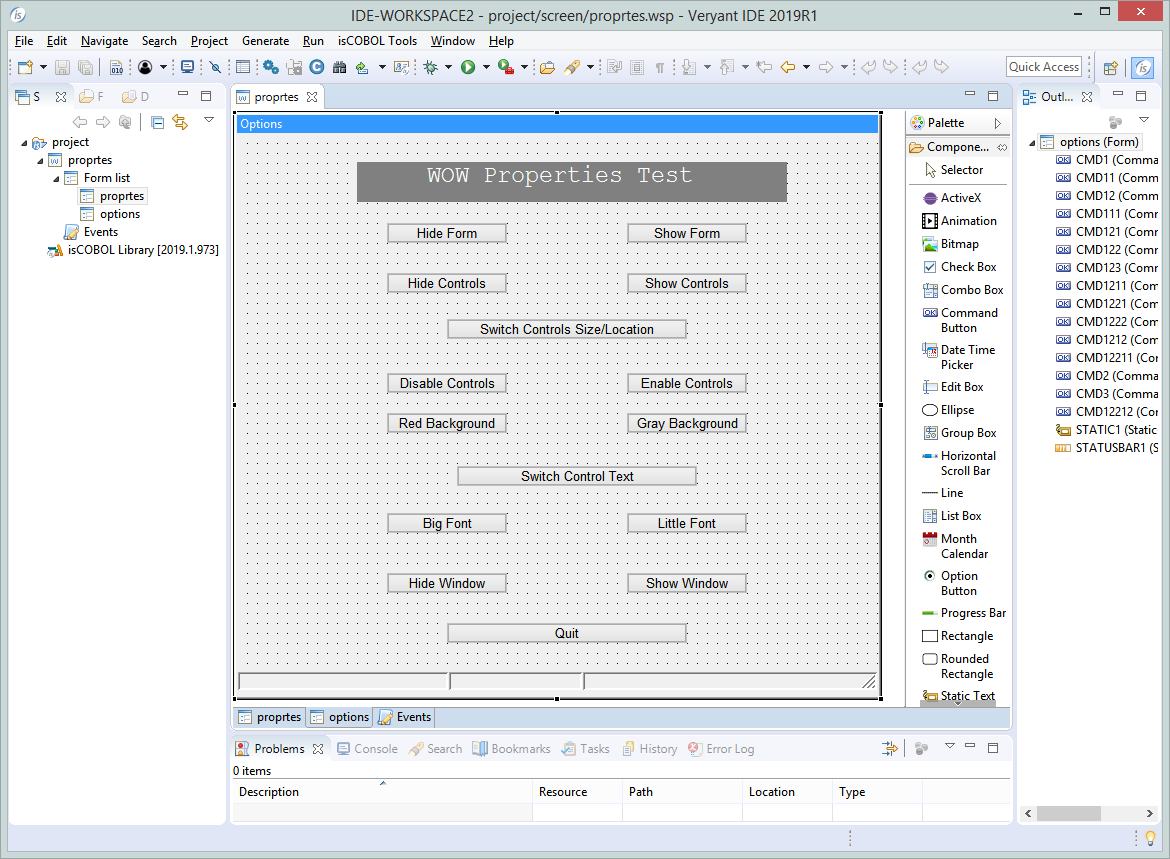